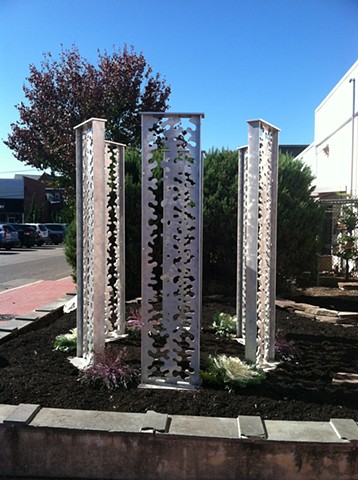 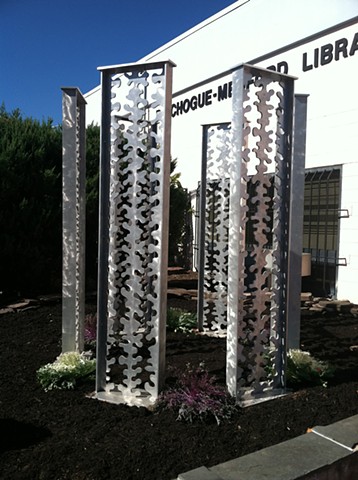 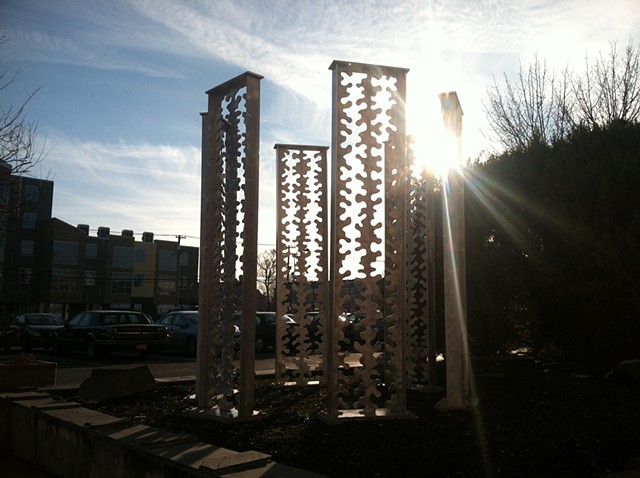 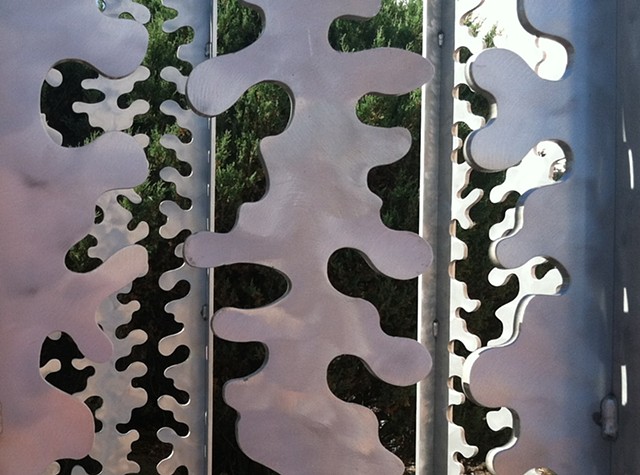 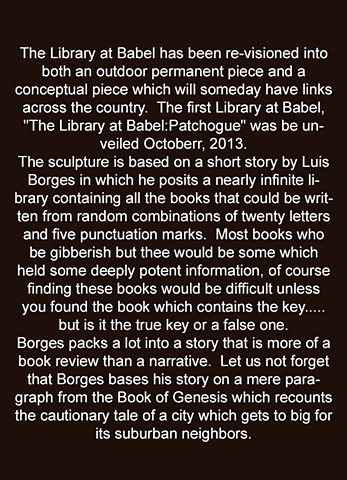 The Library at Babel has been re-visioned into both an outdoor permanent piece and a conceptual piece which will someday have links across the country. The first Library at Babel, "The Library at Babel:Patchogue" was be unveiled Octoberr, 2013. The sculpture is based on a short story by Luis Borges in which he posits a nearly infinite library containing all the books that could be written from random combinations of twenty letters and five punctuation marks. Most books who be gibberish but thee would be some which held some deeply potent information, of course finding these books would be difficult unless you found the book which contains the key..... but is it the true key or a false one. Borges packs a lot into a story that is more of a book review than a narrative. Let us not forget that Borges bases his story on a mere paragraph from the Book of Genesis which recounts the cautionary tale of a city which gets to big for its suburban neighbors.